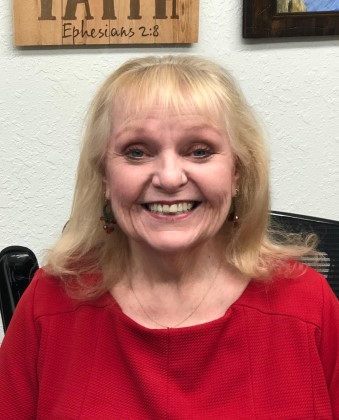 I was born in Montana, but grew up in the San Fernando Valley in Southern California. Where I attended K – 12 schools. After high school, some friends who had been attending services of an outreach of Calvary Chapel beckoned me to “come and meet Jesus.” I only went to get them to leave me alone about it, but God had other plans. (Funny how often that happens!) At the first service I attended, I had a spiritual conversion; I received Christ as my Savior and Lord then and there. I was passionately engaged and committed for 5 or 6 years. Then my engagement with Christ and the church where I had been involved waned, and I left off attending church. Although never doubting the truth about Christ as the only Son of God and unique savior.

I attended California State University, Los Angeles where I majored in Music with an emphasis in voice performance and trained as an opera singer. I did work professionally in regional theaters in the West, and also began working in various churches as a soloist. While my professional singing career did not bring me to the Metropolitan Opera, my position at Westwood Presbyterian Church did bring me back to an active faith journey. I was once again fully engaged.

At Westwood church, I received training as a Stephen Minister, became an elder and served on session. It was people at this church who believed I was called to ordained ministry. (This, at the time, seemed to border on insanity!) After much prayer with a pastor and several friends, I too, felt the call. I attended Fuller Theological Seminary in Pasadena, California, where I majored in Spirituality and Spiritual Direction, receiving my Master of Divinity degree in 1999.

I believe a life in Christ should be joyous. I take my faith and relationship with Christ deeply seriously, but the outward result is, or should be, love and joy. I believe a healthy congregation is where the people are ready to delve deeply into their personal relationship with Christ by developing and practicing spiritual disciplines; where people are not content to have only
technical knowledge of the Bible, but are actually engaging in daily interaction and fellowship with the living God, and whose love for God is made manifest in their interactions both within and outside the Church.

My vision of the Christian life of faith is made up of four strands, braided together. Two are about the individual person’s faith journey, focused on the head and the heart. It is important that one knows and understands the Bible and its teaching (the head), but it is equally important that one is deeply involved in relationship with God through Christ and the Holy Spirit (the heart). The other two strands are outward-focused: service–commitment and service to the congregation, and service to the world outside of that congregation. I believe these four strands woven together make for a rich life of faith.